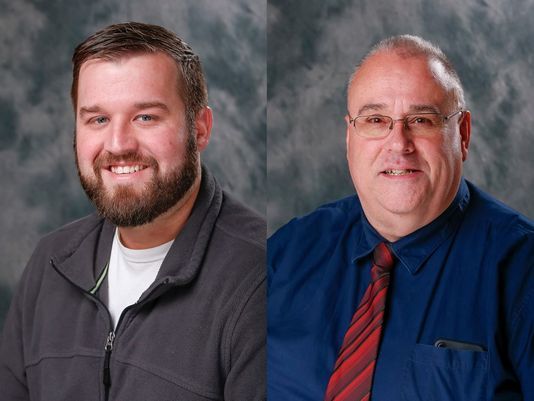 Wondering who the voices are behind local law enforcement’s online presence? For the Muncie Police and Delaware County Sheriff’s departments, those would be Chase Winkle and Joe Krupa, respectively.

The Muncie police officer and deputy sheriff were eager to learn how they could improve in this job and attended a social media conference months ago.

But they left it feeling a bit disappointed.

“Not to say that it was bad, but it wasn’t trendy. It wasn’t up-to-date information,” Winkle said. “It was kind of old-school thinking.”

Winkle and Krupa believed they could bridge that gap and created their own course, the first of which will run this week. Titled Police Social Media Academy, the three-day event will run Jan. 9-11. (Winkle said it wasn’t intentional to use dispatch numbers in the dates. It just worked out nicely.)

Marketing and social media specialists will provide training to local law enforcement and public safety agencies. Areas of focus include how to use social media platforms, how to raise funds through online reach and how to develop content to effectively engage with the community.

Their main speaker is Melanie Howe, owner of Addison Avenue Marketing who holds more than four years of experience in content strategy. She said she recognizes that reaching out to the community means more than posting about street closings and warnings. It’s also about sharing good things going on behind the scenes, too. She’ll teach this in a three-hour session Tuesday.

“I think the number-one objective (for local law enforcement) is communication,” Howe said. “Not only from a safety standpoint, but also, what are the good things that are happening in the department?”

Cost is $500 for an agency to send a representative to the course. Maximum is 25 participants per class. As of Saturday, Winkle said the event has had near 15 people sign up.

While the academy will focus on agencies, Winkle thinks there’s as much training to be done for individual officers. “Even if that officer doesn’t want to be, say, the face of the department, people know that he’s a cop,” he said.

State and national stories can show both the good and bad sides of individual social media use. An Indianapolis police officer and firefighter have received praise for their method of cleverly using social media — and emojis — to connect to the community effectively online. Meanwhile, on the negative side, a Florida cop resigned from his department after he went viral … and his old anti-Semitic Facebook posts surfaced. The department said the “offensive nature” of the posts affected his ability to interact with the community.

“A lot of these (officers) are new to Facebook,” Winkle said. “They don’t have a marketing background. They don’t understand how it works, so they might share a meme they think is funny. And somebody shares it from their page or takes a screenshot and goes, ‘This is the guy who arrested me. Look at his sense of humor.’ And it could be taken 100 different ways.”

Various law enforcement agencies hold their own social media policies, enforcing individual officers to represent their positions well while barring them from tarnishing reputations on their personal social media accounts. Winkle said Muncie Police Department is no different, and it doesn’t hurt for officers to understand the importance of using it wisely.

Winkle practices what he preaches. He uses his personal Facebook page to connect to the community. His most recent project has been ride-alongs, where he takes various local community leaders and Ball State students on rides in a police car, giving them a one-night understanding of what it’s like to be a police officer in Muncie.

Who knows? Maybe those who attend this week’s course will be encouraged to do something similar.

As for what the future holds for PSMA, Winkle and Howe agree they’d like to offer the training monthly, maybe even take it on the road to reach agencies other than those confined within Delaware County.

Audrey Kirby is a digital producer at The Star Press. Follow her on Twitter @ajanekirby, and email her story ideas: ajkirby@muncie.gannett.com.